For all the people that respond to the call of Squeaks!

The History of the Province of Dalthrasia.

Dalthrasia is a prvoince of hills and flat plains, fertile, rich with metal deposits, even gemstone mines, it was, behind Telmior, the most powerful nation in the East before it encountered Valerian and his armies. Telmior was butchered, for the crime of slavery. Dalthrasia was won by other means.

The people of Dalthrasia is inhabited by tall men, akin to the men of Duinir, but founded on different ideals, and boasts very little forest. The political system is Monarchic in nature, but Valerian changed much of that. The people of the province worked hard, built walled strongholds, and spent a hundred years fighting petty wars before uniting behind their first King, Lodens. It was his grand-daughter, Iriyin that Valerian faced. Her consort was Prince Telenyrn, who had a solid basis in economics, but little if any military experience. Iriyin however had plenty of experience. She had led the Lords of Dalthrasia aganist the incursions of Telmior, who were no allies of Dalthrasia. She fought for several years to repulseenouigh attacks to make Telmior think twice about sending more men tot heir deaths for small gains.

SHe was a typical tom-boy; a girl who behaved in a most unlady-like fashion. Born to the saddle, wielding a blade of wood when four, she had made a great Queen at the age of fourteen, and now surpassed all expectations. SHe was not a fool. AFter Telmior toppled, she celebrated, but with the fall of other nations to Valerian, she saw the danger he presented ever more keenly, and knew he would turn his gaze to Dalthrasia; a prize for the taking, which would would seal all borders of the Sea of Grass with allies or client-states.

Her finest men were the Dalthrasian Pike. They were legendary men, who were simply the best soliders in the East. They had learned tactics to eliminate the chariots of Telmior, and she trained them hard - harder yet since she slept on the growing fear of Valeiran. She had trained her archers to stand within the ranks of pikmen, who held pikes in differing lines, to cover the heads of the soldiers from this Hawk threat. Still, she could not see a victory in the coming conflict, so she sought other means for victory or simple peace. The secret counsels she held were, as all secrets are, leaked by some, and other nobles believed she would ust capitulate. They plotted to remove her, and ally themselves with whatever 'free states' remained. They sent men to Ancillia and Ashapur, even to Clans from the Sea of Grass who still remained apart from Valerian's unification.

Iryin was to be removed, and it fell to her Prince COnsort to remove her. As happenstance sometimes is, she changed her guard that night, and the men of the House of the Ebon Hawk were replaced by the House of the Glittering SPear, who proved to be loyal. Unbeknownst to her, there were some who grew aware of this plot, and they siezed the chance to move against their traitor brothers. Three of the noble families stood by her, and they sent one of their own each to watch in her chamber each night. Luckily for her, they were present; usually she grew furious and shouted them out of her bower. Tonight she did not.

The attack came at midnight. Three hundred men were let into the palace complex, and they siezed the gate and other areas quickly and without alrm...few even triued to resist, and some joined them. WIth their numbers swollen, they assaulted the palace itself. Twelve of their number had remained inside the palace, and attacked her rooms. The Glittering SPears saw them with naked blades and barred the doors to them. It took them twenty minutes to break through to her chambers. Elsewhere, the sound of battle raged - the East WIng was under assault, and the West was unable to stave off the first attack. Their Palace Guard retreated further into the palace.

The Twelve attacked the Glittering SPears, who has roused the Queen and her unwanted 'champions. They entred the fray, and soon the Glittering SPears lay dead amongst the bodies of five of the Twelve. One of her champions was wounded, and his blood ran freely. The surviving seven of the assassins closed in on her, and they threw back their hoods. AMongst their number was her Prince, whom she loved. As he revealed himself, she almost collapsed with shock. Her champions threw themselves at the assassins, enraged by his betrayal. In a brief clash two more of the assassins had died, but only one Champion stood unharmed. Another clash saw one of them dead, and it appeared hopeless.

Else where in the palace, things were bad; the West Wing had fallen, and the East was sorely pressed. The central palace proved harder to force, but there was little chance that the hundred Glittering SPears that began that night alive could stave off over three hundred men. With the usual sound judgement, help came from an unexpected place. Men dressed in the red of the EMpire dropped from the backs of Spurhawks, into the Palace grounds. As with all secrets, they often became exposed, and Valerian had mnay means to do so. He led a small force himself, landing on the Palace roof, above the Queen's chambers. He saw knots of men fighting, and saw that his own men needed him, as they struggled to gain a foothold. AT first, some of the Glittering SPears attacked them, but soion saw their purpose, and threw themselves into the fray alongside these red men.

Valerian sent his band in two directions; one to lead the men below, and one squad to assist the Queen. The force he led dropped onto the balconies of the Queen, and saw her surrounded, one man standing between her and her would-be-slayers. EVen this man shook and swayed, slick with blood. Valerian charged into the assassins, bowling two over, whilst his other men advanced soemwhat more cautiously. Within mere seconds, men died and Valerian placed himself between the Prince and the Queen. The Prince's men despeartely fought Valerian's men, but were dying one by one. The Prince-COnsort duelled with Valerian, wounding him twice before Valerian eviscerated him. The Prince was a master swordsman, but he lacked Valerian's brutality and fearlessness.

In the palace the fight raged for another two hours. Valeian's men were left with the Queen, but Valerian himslef led the forces that retook the palace. As troops arrived from the city, Valerian became surrounded by the Dlathrasians, who openly argued about killing him. They almost did, but the Queen arrived in immaculate statehood and denied her people the killing of the man that could be the end of her Kingdom.

She wlecome Valerian into her lands, and he gave her the best terms he could: her people adored him for saving her life, and he would love her in return, destined to be her husband and her EMperor in one. The Province saw six months of war after that night, as the traitor-elements within the nobility were ruthlessly hunted and slain. Prmoised soldiers from Ashapur never showed themselves, but Ancillia made the mistake of letters offering aid. No clans were ever found to be culpable in this. Mere months after the traitors were finished, Valerian turned angry eyes on Ancillia.

I've just thought. If the number of unique buildings is unlimited, we could have a province 'building' that includes the history of the said province.

and some additional unique buildings ofc 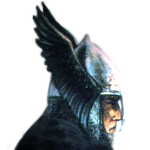